5 documents that investors look for prior to investing in a startup by Yev Muchnik - expert in securities transactions. 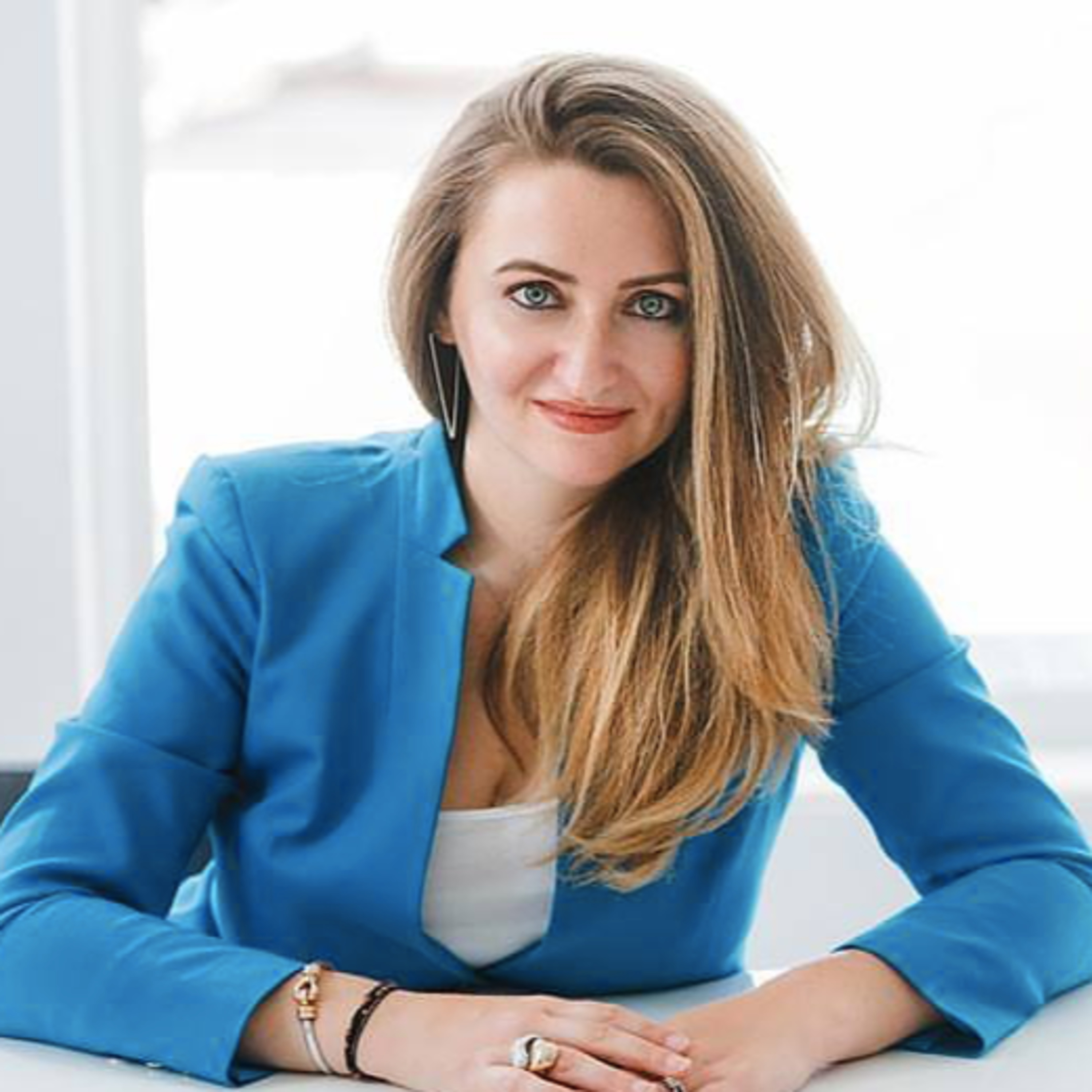 What are the top 5 documents you need to show to the investors before they will invest?

What are the top 5 documents you need to show to the investors before they will invest?

This is Fundraising Radio and this is our fifth educational episode. Today our guest speaker is Yev Muchnik. In this episode we're going to talk about the top 5 legal documents that investors look for prior to investing in a startup.
The first one we're going to cover is certificate of incorporation, second - bylaws, third - confidentiality and IP assignments, fourth - restricted stock purchase agreements and fifth - corporate resolution.

So Yev, let's kick it off by you giving us some background on what certificate of incorporation is. Sure.

The certificate of incorporation is the document that shows the world that your company has been incorporated in a jurisdiction.

whenever you start a company and for example in Delaware, you go to their secretary of state and you file your certificate of incorporation.

that's for the future as the world when you have incorporated who your registered agent is and some other basic information about the company and the amount of information that is the only public document that you would have in Delaware.

I think for certificate of incorporation, you should just go to Delaware websites and we're just gonna go get Dell to get a friend corporation that said, so we're not going to dig into that because extremely simple and Google cancer, everything we can.

let's go to the next point, which is bylaws.
Where do you get those? In the previous episode we touched on two bylaws, but can we dig deeper into this?

it's hard to again, to answer where to get them, but, I think I'm not going to default for all of the startup incorporation packages or incorporation documents.

you can get from Cooley go, C, O O, L, E Y, G.
I think they have one of the best market terms and, generators for these startup documents. as a you've all answered through all of the documents that we're discussing.

That's where I would point you to is unless you have an attorney that you were working with who will typically have their own forms and their own, documents that are tailored specifically for your company.

if you're just looking to do it as a do it yourself mechanism, then that is where I would recommend that you go.

the bylaws are again in a, the charter the organization and those detail, the kind of rights that are associated, for shareholders, and certain rights and restrictions in terms of transferring and what those rights entitled to you entitle you to in that organization.

It also spells out the governance provisions, like who the board will be and what the role of the board and any officers are of the organization.

bylaws sounds really important and I think they are, but the right to sign them, who is defining the bylaws and what they're going to look like.

Is it just a the founder?

typically, yes, the founders would be appointed to the board or you would get a majority, shareholder vote to approve the bylaws.

we're talking about, five legal documents that investors look for prior to investment.
far we don't have any investors yet.
Right.
would you have a team that might have cures and who have a right to vote? Right? Correct. Got it.

does that, yeah, it's really confusing right now.

I'm trying to form my question to best.

it's like, at least you can understand it, but, let me think about it for a sec.

you could have a board that consists of the initial shareholders.

You could have a board, you just need one person to constitute a board in Delaware.

Either have the board that makes the decisions or you could have a certain threshold or percentage of the shareholders that make those kinds of decisions.

Got it.
All right, now I understand it.
Now I'm not as confused as before.
I know why it took me so long to, I understood, but now I understand.
now let's move on to the third point in our discussion, which is confidentiality and IP silence. Yeah.

So that investors look at that.

it's an incredibly important document basically that all of the intellectual property that's associated with a startup is assigned or is held or owned by the company and not by the individual because that's where the majority of the value typically is before, especially in a pre-revenue company.

they look for a document that says that all of the information that has been created or that is going to be created will be owned by the company.

here I don't really have any questions.

It's either I completely misunderstood everything or I understood it.

to the fourth part of our discussion, which is restricted stock purchase agreements.

there's good stuff which is agreement as per our previous conversation, that details the obligations of the stockholder.

if you have founders, you would typically, they would enter into an agreement like this one and it creates a vehicle by which to keep them in the company longer because it makes them subject to a vesting schedule.

they don't, you don't want to give all of your founders the equity straight away because then they can leave and go somewhere else.

You are trying to incentivize them to stay in the company for as long as possible.

that way you only give them stock incrementally, whether it best monthly, annually, whether there's a cliff, whatever it is that you're trying to keep them as key employees or key persons in the company for as long as possible.

here I got something that I think is an interesting question.

I'm not sure if it's true, but you, most companies, I mean hundred percent of companies have their employees, their key employees and even founders on the vesting schedule.

many of them have a one year clique, which is a standard rule.

there was the first year of this cliff, no one has any voting rights, right? So even the founder officially shares.

with a restricted stock, you have all of the rights associated with that stock as of the date of grant.

with the options, as I was mentioning earlier, you do not have those rights until those options have vested and you've exercised.

Okay, now I understand it.
you have all the rights, you just can't sell them. Yeah.
Well we have with restricted stock, yes.

I mean there are different transfer restrictions, but you can exit, you have all of the rights of the shareholder as of the date of grant.

Now I understand that and now we're making points that we're touching onto.

corporate resolutions are just, decisions that are taken on behalf of the company, either by the board or its shareholders that need to be formalized.

whether they're taking at a meeting or they're taken as Britain resolutions you would typically have upon the formation or incorporation of a company, you have an organizational consent that is made by the board and that lists who the officers are.

That list where the principal place of business is that lists any kind of banking authority that's given to one or multiple people.

It lists the fiscal year and a number of other different kind of good housekeeping decisions for the company.

it somewhat similar to, I forgot what's the name for that document is, but it sounds like five minute meeting or five minutes.

Yeah something like the minutes, but it's organization, organism, organizational written consent, which approves actions that have already been taken in setting up the company and a guideline for, kind of very basic operational, actions that will be taken by the company.

Okay.
it's, so it's when the board of directors gets together after the company's already formed.

for example, maybe pre-seed investment and now we're feed through out that figuring out that's maybe now we need to make sure that our legal documents are sets and we're not going to have any problems with that.

word of directors gets together and just takes a look at all the previous legal decisions that the company made and approves them.

you would, with each set of decisions, major decisions that are made or taken by the company, like for example, accepting money into the company that would need, it's each, its own individual written resolution.

the civic resolutions or specific actions that are taken by the company that need to have formal approval, whether by just the board or by the board and the shareholders together.

Okay.
that is a prescribed in bylaws, right? Yeah, correct. Got it.

for example, in bylaws it says that, I as a CEO can just, accept any investor that wants to, I don't really need to ask my cofounders or, uh,

Even if I don't need to ask my board for an approval, I still need to have corporate resolution.

If you have certain hours that don't need board or shareholder approval as an officer, you can take it without a written resolution.

day to day, kind of day to day activities, operational activities unless specifically carved out in the bylaws don't typically need a resolution.

Got it.
That's really interesting.

we're probably going to have to dig deeper into those topics and we might break it down two more episodes or we might extend this one.

We'll have to see.
But for now we'll wrap it up.
Thanks a lot for coming for taking your time on Sunday. and stay safe.
Yeah, thank you.