Raising money now - CEO and co-founder of Persosa explains how they are raising money during COVID-19. 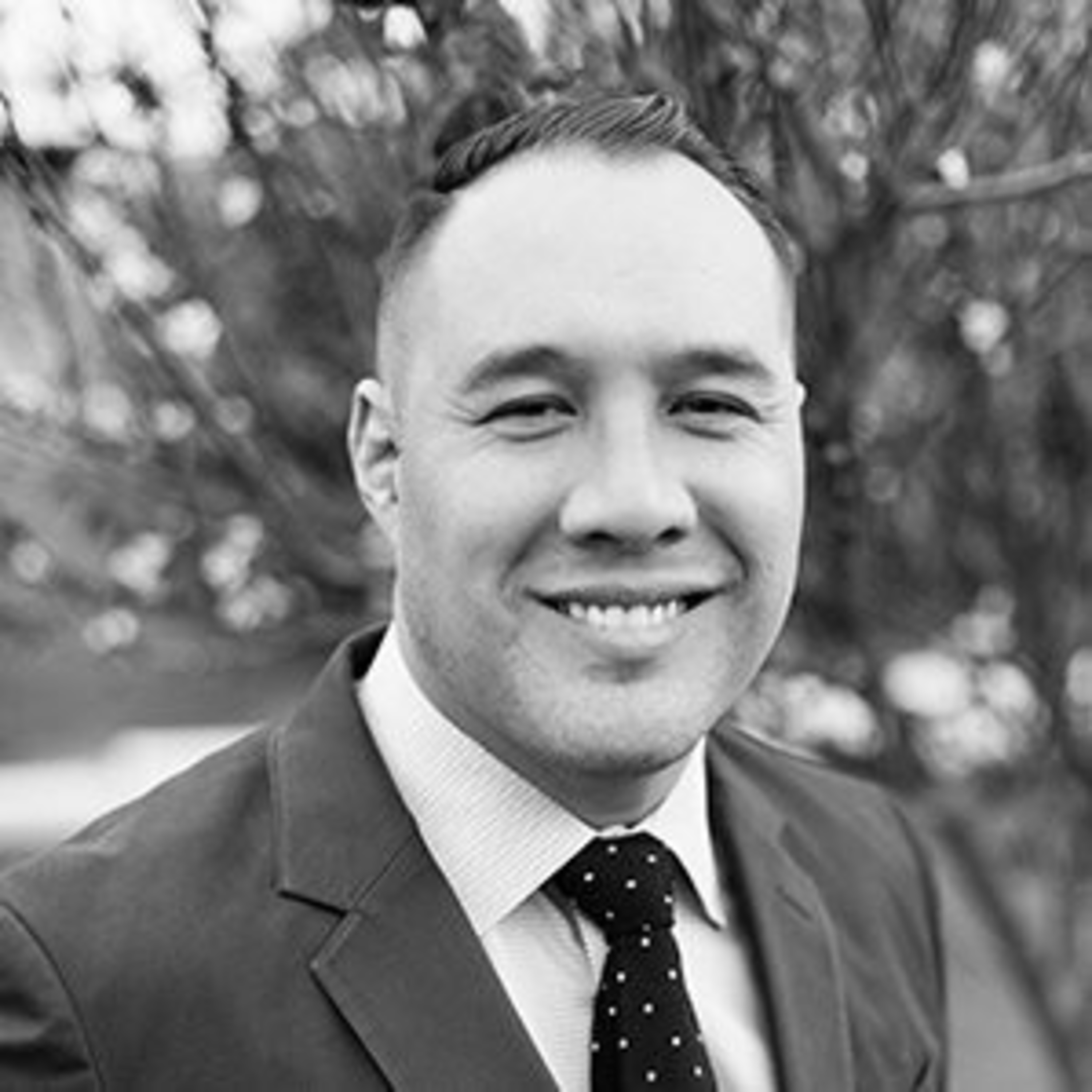 In this episode of Fundraising Radio Gregory Lim, the CEO and co-founder of Persosa explains how they are raising their new round during this pandemic and how is it different from fundraising in the times of "peace".

In this episode of Fundraising Radio Gregory Lim, the CEO and co-founder of Persosa explains how they are raising their new round during this pandemic and how is it different from fundraising in the times of "peace".

Spending the last part of my career over is the CMO as well so really kind of interesting startup journey on that side of things as well before. That's true. That's decent. I love it.

So, let's start by talking about deep tech. So, for Sosa sounds very much, like, complicated product, not something you can deal in one month with one coder. So, how do you approach the fundraising?

Did you raise your Pre seed rounds of seven hundred thousand before you actually build something before you prove the concept or do you really have something to show to the investors? How? How did that work?

Yeah, it's actually a really funny story and we're very, very fortunate in this constant team that I was actually working after I left LifeLock. I was running all of the digital marketing for a company. I had invested in called spiritual gangsta, which is a yoga clothing company.

They were about to expand the manage we align and I said, listen, there's no way we can take all of this mail traffic and send it to this female focus web experience. There's gotta be a solution out there that changes content for your website.

I went out, tried to find something a couple of enterprise solutions, but, you know, it's half a million dollars, ten engineers and the twelve month deployment cycle.

And there really wasn't anything for kind of the sub enterprise or mid market marketing departments at that point in time.

So, that week out of the blue, my current Co founder called me and spoken to him, and a couple of years he and I grabbed lunch that we can literally starts out by saying, hey, I've built this platform and it dynamically changes content.

So, it was rather serendipitous. I was looking for the solution and then an old friend called me out of the blue and candidly, already build version one of the platforms. So, I think my scenario is probably a little bit different than some of the audience members here.

That that wasn't Kirk was building this platform I had this need, and we just kind of randomly connected at the right time. So I was lucky more than anything to be completely honest about the timing of it.

And that's really what got us kicked off coming up to two and a half years ago. Now, got it. That's, I mean, third world is all about the more successful founders I interview here the more here.

I just got lucky, it's completely normal. I wish I could say it was brains and strategy and good planning, but that's really not the case. No one says that no whatever.

I mean, I've heard a couple of times people were saying that, but probably they're aligned, so well, it's not focused on that as much, but second I want to discuss the difference between bracing mind then and raising mine now.

So what can you say about that? Right? Now, most PCs don't invest in new services focused on making sure that their portfolio companies stay alive and don't really sourcing new deals.

What how do you manage to to to to work in this environment? So a few different things,
I think back then April twenty eighteen is when we closed around, you know,
we could talk to a broader range of people just,
you know,

investors who illiquid they were looking to invest in a good opportunity.

Something they were interested in, and it could hopefully hopefully add strategic value to what we've found in this current scenario with the kind of two things one.

Right though it was a pretty long, but a decent answer. I might say that and my next question is, how do you find those investors?

So, how do you source basically those investors to use crunch base and filter out the investors who invested in media work, who work in media? Or do we just Google or is it through your network solely? How do you do this?

as an entrepreneur you have to realize if what you're doing is of this
In the past while I still do it,
and then I have some active investments,
I'm not actively investing currently I'm doubling down on myself and my business, which is where I have the most control and oversight but yes,

I still do have a number of active invest investments from kind of precursor as well.

Right? So as an angel investor, I imagine that you have plenty of angel friends. What do you see is the common moves in this?

Because, I mean, are they investing actively already trying to find something that's Pro is resistible to some stuff like corona virus or two credits in general? What are they doing? Would you see there?

Honestly, it's it's a mixed bag. I think some people of being two months ago, everything was kind of frozen. I feel like some people are still really, really concerned. And I see. Others kind of really loosening up.

What I would say is from an angel, and then even differently beyond the angel, when you're not going to the VC realm is the ears pent up demand. The whole purpose of the VC fund is to find profitable investments and right.

If you're a little bit further along in that conversation. Because there is pent up demand, they have money that they are required to invest and they haven't been doing anything for three or four months.

So, my belief is kind of starting now, through about September I think there's a really good window. I think things will slowly tighten up a little bit approaching the election to get a read what happens there, and then open up.

But currently, I do genuinely believe that they have some pent up demand that starting to release more specifically on the V. C side then the angel side, I would say angels tending to be a little bit more a little bit more conservative still.
We are nearly on the same page I believe that angels are actually less conservative at this point, but you're definitely right. The abc's have to deploy their mind and they have not done, so for quite some time.

So, you're ready for some capital fusion there, but we mentioned, I mean, we talked a little about the major mistakes that you've made in your Pre seed rounds.

And now let's talk from your perspective as an investor, would you think are the major mistakes that founders do in general while while racing might like? I see.

The first one is not really I think one not really focusing on how I get my money out. So really being able to articulate that for to the investors is important.

I also see a lot of companies focused on building out the product. I'm a huge fan of saving some of your budget and getting some early reads on market demand. Right?

Whether it's cost of customer acquisition, proving out a couple of different use cases. Don't put all of your eggs in one basket around products. I'd rather see a product eighty percent done.

And similarly, indicators on marketing, and maybe kind of one or two people lined up with, on use cases, that's a lot more interesting than a product that's a hundred percent done. And so really being thoughtful kind of what's that right?

Balance in those early days between full product development, and getting a couple of in market proof points, and, you know, proving out your acquisition really good balance their oil helps.

And then the other thing is, don't be afraid to chase me down, isn't invest it. Everyone gets really busy. It's it's an entrepreneur raising money is your number one priority,
but it's that investors number six priority probably candidly,
the number fifty priority between their business family other investments,

et cetera so don't feel bad about staying on top of them.

Obviously, a polite way saying, hey, I know you're really busy wins that appropriate for me to follow up, but make sure you stay on top of them. That's your job is an entrepreneur.

Your job is to sell them the opportunity to invest in your company and so you have to treat it like a sales process stay on top of them follow up.

If you're going to become a pain, they'll let, you know, but it's you, it's your job to close them and get that money in the bank accounts. So that you can focus back on your business.

That's true. Follow up is the key I would say.

I mean, even in my case, people who I desperately want to have on my podcast, I have to reach out to them four or five times, and both linked to email and sometimes they just keep ignoring me yet.

But sometimes I bring people like SEO for public. So, it's completely worth it. People take your time to do that. That's great. Vice Gregory and here we're moving onto. Probably the last question of today's app is a, which is a call to action.

What's the one specific thing that you would like to listen to? As soon as the episode is over feel reach out, feel free to reach out to me on the LinkedIn.
I'm gonna make myself available to your audience feel free to email me directly and Greg at Sosa dot com always happy to help other entrepreneurs on their journey.

Having going through it myself right now so make myself available. And then I did want to mention one resource that I really like just to stay on top of industry trends.

There's an email by a gentleman named Ben Thompson th, in, and his email is called. So, to play on strategy and strategic, a real good daily email.

In depth market trends what's happening in different industries, but they always go deep. And is that based upon a lot of primary research? So it's a really good way to digest good quality information and stay ahead of industry trends to regardless of what industry you're in.

Awesome. That's really interesting. I love daily emails. I know. I mean, just making sure you understand where the industry is going.

I personally, I think only touch base daily, but I will definitely check out that the email that you just mentioned and I will certainly put your LinkedIn your email and the last email that you mentioned the descriptions this episode.

So, if you want to reach out to Gregory Gregory, sorry, or check out that email, it's in the description. So this point, we'll wrap it up thanks a live Gregory for coming up. And for sure.

Your experience, I think there was a really fun episode. Thanks a lot for that. Thank you so much for having me. I really appreciate it.