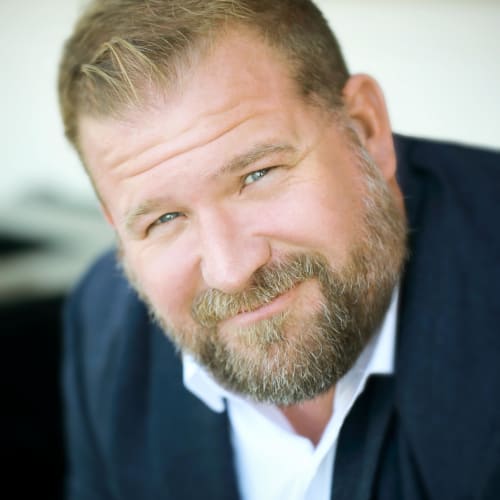 This Fundraising Radio blog post is based on our interview with Greg Shepard. Greg is a serial entrepreneur with over 14 exits who was also part of a $985 million dollar transaction with eBay. It started with eBay buying one of Greg’s companies and then and continued witn doing a carve out of 14 eBay companies and then selling 12 of them. The whole transaction during the carve out was worth $985 million.

Then one of the assets Greg bought was sold for $1.8 billion and one for $75 million. Additionally, he is an investor at Boss Capital Partners (https://www.bosscapitalpartners.com) , which is an investment syndicate.

Greg attributes much of his success to a system he invented which is called the BOSS system. Boss stands for the Business Operating Support System. Greg developed Boss after 25 years of trying different operating systems (things like Agile and Scrum). He created the Boss system by reinventing already existing things to serve him to help more entrepreneurs succeed and by doing that with wealth distribution.

Additionally, Greg also went out and conducted 1200 interviews to figure out why entrepreneurs fail. What he found out was that most entrepreneurs not succeed because of some mistakes in the business process, such as overpricing and overfunding the business. There are 5 stages in the Boss system as well as 5 levels to business and as 5 reasons why businesses fail.

The first and also the most important part of BOSS is the Northstar. The concept of understanding where your business is going before you start is critical: you end up where you are directionally headed. In order to figure out your North Star you must first have answers to questions like what is your business, why should someone buy it, what is your product and why should someone buy it, and who is the buyer of both of them.

The second part of the Boss system is the strategy, the plan. The plan is divided by functional areas.  There are typically four of them including the CEO, the sales and marketing people, service delivery, shared services (operations, IT, HR, Accounting, Legal, etc.). After you have your product and engineering you should divide what you have to do for these functional areas into a list of missions. Missions are from X to Y by date. Then  you establish objectives, When you have this big list of things and you need to prioritize them by important and urgent. If you do the important things the urgent ones will not happen.

The second part of the prioritization is finding out what has the highest impact with the lowest effort. You should continue with standardizing where you create accountability,  best practices, and triggers.

Then you move into optimization or continuous improvement, by evaluating and then creating new missions and objectives from there.

Check out https://www.gregoryshepard.com/ for the rest of the Boss system parts.

Greg has used the Boss system to help congressional candidates. He has also implemented it for running a marathon and riding a bicycle for 500 miles.  In an effort to help entrepreneurs Greg shared the Boss system. He has written 100 articles for 29 publications. Furthermore, Greg also penned a book deal with Forbes and wrote a book on the Boss System.

He is also doing Boss system workshops at several universities. Greg is doing this to help entrepreneurs and to try to reduce the 90% startup failure rate.

Greg notes that most of the fall off he sees is when founders leave an accelerator/incubator. It happens because they are not trained on how to run a business. They understand how to build a deck and raise capital (some of the basics), but they don’t have the experience not to make any silly mistakes. This is most evident when founders draft a deck and it does not have an exit strategy. Also when founders lack a go to market strategy. Greg shares that a go to market strategy is where all four functional areas are prepped and aligned to go to market. If these two things are missed investors doubt that the founder can run the startup properly.

An accelerator/incubator does a good job of helping founders for the first part of their startup journey, and the Boss system tries to help them during the second part. In essence, it attempts to teach a jockey (founder) how to ride a horse (run a company).

Another mistake Greg often observes is listening to bad advice and focusing on wrong things. For instance, he warns entrepreneurs not to listen to investors who have not been operators or founders themselves because they often sink the business.

Additionally, Greg cautions entrepreneurs to start a business with the end in mind because he has seen multiple acquisitions fall apart because founders did not start their companies tracking their icp’s with their buyer’s icp’s.

Some notable mistakes Greg made during his career:

Although Greg has had a tremendous amount of success, he has also experienced his fair share of failures which helped him build and refine the BOSS system. For example, he was building a company and he had set up a customer base trying to sell his business, but the acquirer told him that half of his customers did not match the acquirers ICP (Ideal Customer Profile). So the acquirer was not willing to give Greg credit for half of his customer base. This caused Greg to reject the offer, terminate half his customer base, and rebuild his business with ICP’s that matched those of acquirers he had in mind. As you may remember, he ended up selling the company to eBay.

Greg explains that Boss Capital Partners was born because a slew of entrepreneurs were pitching him and asking him to invest in their startups and also because a plethora of investors were asking Greg to invest in deals with them. So he started his own investment syndicate to facilitate this process. He has recruited investors that understand and use the Boss system to work with him at Boss Capital Partners.

Furthermore, Boss Capital Partners tends to invest in businesses that have a minimum viable product that is validated by customers paying for it. Boss Capital also looks for companies with the value drivers: growth, margin, and retention. Growth means people like a company's product, retention says that people continue to like the product, and margin means the company can do it at scale.

Greg’s call to action is to visit his website : https://www.gregoryshepard.com/  to learn more about the Boss system, which he believes will truly help entrepreneurs and wealth distribution. Check it out!

This blog post was written by Luis Bravo, for Fundraising Radio. 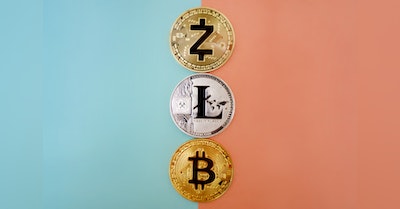