Educational episode #6 - using Foundersuite for your fundraising, by Nathan Beckord. 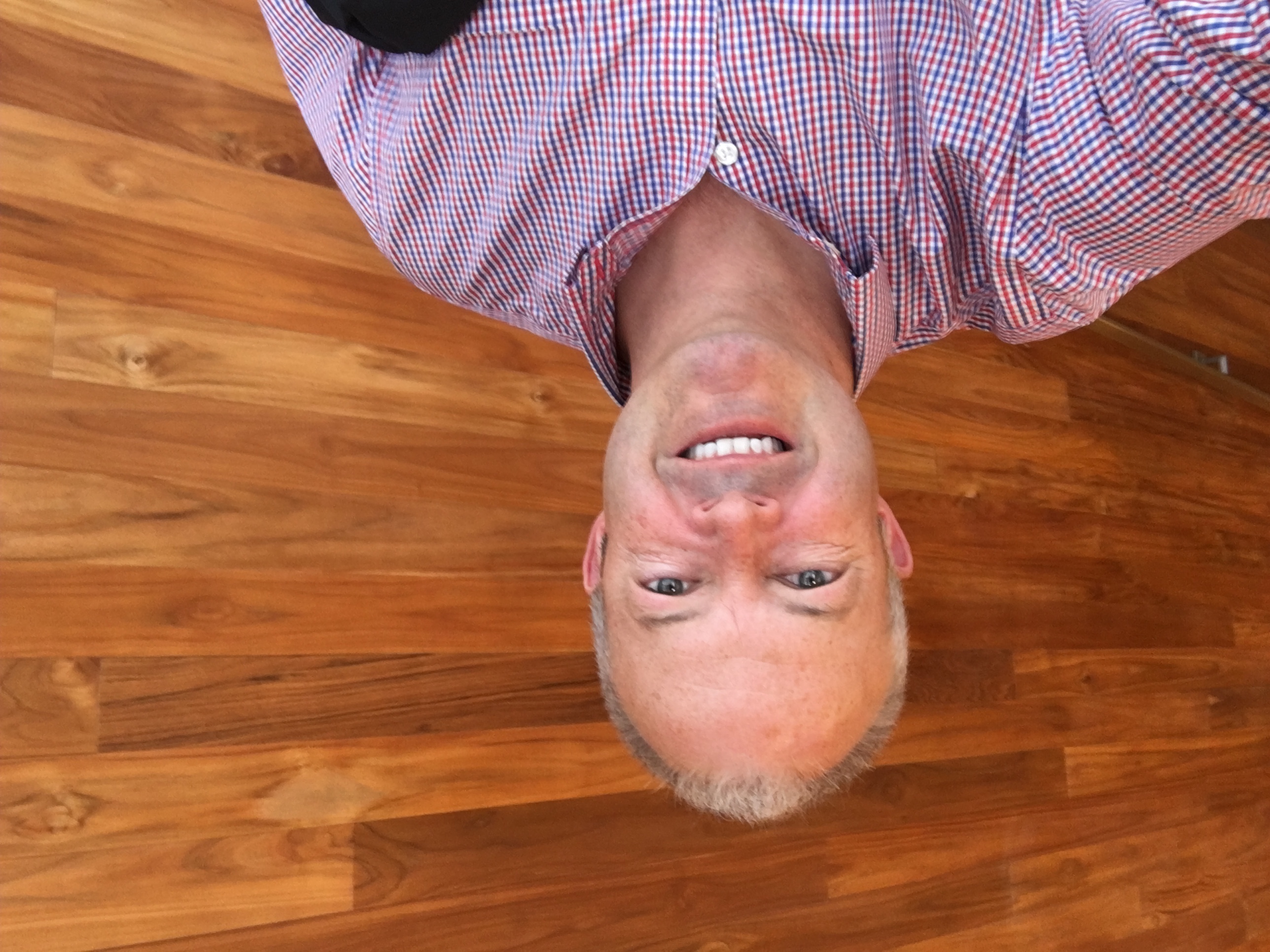 In this educational episode Nathan Beckord, the founder and CEO of Foundersuite explains how his software can be used by founders to accelerate and make their fundraising easier.

In this educational episode Nathan Beckord, the founder and CEO of Foundersuite explains how his software can be used by founders to accelerate and make their fundraising easier.

This episode is NOT sponsored by Foundersuite and was chosen purely as an example of software exploitation for fundraising.

and you'll talk about foundersuite - it’s a software that helps founders raise money through a very structured wait.

So, in this episode, we'll talk about how to use word, the major, major working tactics and what's nathan's recommendations on that. So, Nathan to start by, giving us some background on thunder. See how it works.

Yeah. So, you know, if you heard me talk a little bit in episode one, my background is always been fundraising and I had this business called venture archetypes.

We're consulting to to start ups raising money and we would often build an investor target list for clients.

We do their pitch deck, their model then build them in the investor list and put it all in a Google spreadsheet to track. All the discussions are gonna have a.

With investors, and we had this epiphany moment, like, let's turn this into a proper software tool that will help you do that. The spreadsheet usually gets messy after about two weeks of fundraising. Right? It gets just hard to manage.

And as we talked about an episode number one, so much of fundraising is about getting momentum going for your deal, and it's hard to get momentum going if you're running, like a sloppy, inefficient funding process.

So that's kind of the original idea behind founder street. Let's build tools that manage this process more efficiently that help you get that momentum going. And that really let you execute on a fundraising, just like a sales process.

So, you know, we structured it with that sales process in mind.
We've got an investor database that helps you build that target list of investors and I don't tell founders, ours is the only tool you'll use,
do some searches within founder suite in our database we've got a hundred and forty thousand investors.

We've got angels, family offices, corporate VC fund to fund even some private equity in lenders, but I toughened his, you know, start there. We've got good stuff also. Look at quench base run some searches on similar firms.

See who funded them. If you've got pitch book, take a look at that, you know, AngelList is another source to sort of build that funnel.

But then, once you get that target list, you've got to manage at all. So that's where the in our system really comes into play.

One of the the hips, I guess I tell a lot of founders is think of fundraising as a team sport.

If you've got advisors or mentors, or even your Co founder, that's gonna be involved, get them into the account with you working on your fundraise and so we facilitate that as well.

Nice. So, let's, let's talk about since this is a very structural, like.

Structured approach to fund raising. I like it. Let's do this interview very structured will. So first part of it is gonna be. How should you start using? What's the first step after I register after?

I get the so the big plans what's the next step? I should do first step, of course, swipe your credit card upgrade.

Now, we haven't been, you know, get on typically, we've actually had people use the free version to actually run a whole raise.

But typically, you know, once you get in the first step would be start populating the with investor prospects. And so, if you have a list already in Excel file, you can import that.

If you don't have a list, you can browse in the investor database doing some searches keyword, search, search by type of industry or sorry type of investor industry and location.

And, you know, really step one is to start building that that target list and kind of qualifying that list. Right. So what's next this list is in my funnel? What's the next step?
Yeah,
so you heard about,

you heard we talked about this on episode number one towards the end a great next step is to then reach out to those investors in your funnel on a one by one basis,

and ask them if you can add them to your company update distribution list,

telling me want to send a a sneak peak of what you're building that you're not raising funding right now you're going to be later and and then go in and we have a tool for this,

fortunately called investor updates and go in and build your first investor update, and if you're sending one out to perspective investors,
then I suggest,
keeping it very kind of high level short,

recent wins or or key highlights,

sort of talking about your progress and things that you achieved maybe a metrics table and then kind of a looking ahead section.

This is what we're gonna be focused on next month or next quarter, and then include a team shot a head shot. Not a hit a team shot photo of the team.

And so you start sending that company update out to a hundred two hundred investors. Perspective investors, but if it's qualified list, that's great. I often will talk about our own fundraising.

I, I pitched two hundred investors and ended up with one seed venture fund and ten angels, and, you know, so that's the shape of my funnel.

It was a five percent conversion rate, but that's actually pretty common with a lot of start ups. Your conversion rate is gonna be in the five, six percent range. So, especially at the age around that's why I always say you need at least a hundred names.

And your target list, probably, even two hundred, three hundred series, a, those numbers go down to maybe fifty Series B gets even smaller, you know. That's true.

And that's had preparation of the list really takes time. So, when you're getting to that stage, when, you know, you feel like, it's time to fundraise, how should you reach out to those investors? Should you go one by one saying, hey, we're finally up.

We're finally getting our first commitments. Here are our terms. Here's what we want from you.

Here's how much we're raising or how should that first, you know, fundraising email look like yeah, I think sometimes even wanna like.

Tease it even in advance, like, so, maybe as you even sending out this monthly update. Maybe even in one of those, you're saying, you know, we're looking to kick off our fundraise next month.

We'd love to start having conversations and see what kind of response. You get where you're sort of teasing it and, you know, people have been following along with your progress they might even kinda try and get in early on those meetings.

There there are multiple studies around this. Right? One other strategy is to break your list of, say, two hundred or a hundred into a couple buckets. One bucket might be your, your tier one investors. The people you really want.

To come in on your cap table and then maybe there's tier, two and tier three. So another strategy is to start with tier three and reach out to that group of twenty say and say, you know, we're starting our fundraise.

I'd love to set up a meeting with you to talk about what we're up to that way. You get your pitch practiced a little bit more and you move on to tier two and then hopefully you're getting momentum going.

And when you have momentum going, then you can move to your tier one and say, hey, we're, we're fundraising I've already got, like, three term sheets I'd love to meet with you though, because you're my top choice, right?

My next question, I forgot it. Yeah. So the second time I forgot the question. Oh, boy let me get my thoughts real quick. What else? Stephen would cover and that part we're we're gonna cut it out.

But what else you want to cover here?

You know, I would say the other thing I would like to mention, you know, not to do like, a product plug, but, like, we have a pitch deck hosting. That's nice.

But what I would also suggest strongly is, I just told you how to do the investor update to premarket your deal. I also, once you actually raise the money, good job, you know.

Get get a nice bottle of champagne and competent get a stake or whatever. Is your thing once you raise money, though start doing a I do a quarterly update to my investors.

I just sent one, like, two weeks ago and this is an update. I send out pretty religiously. I've maybe missed one quarter along the way, but I send it out to the people who wrote me checks and it's different from the one I described earlier.

It also includes our challenges, our problems. It has a specific section saying I'm looking for help on these things and I even like, name names with my investors.

I need help on recruiting John. Can you help us find a candidate or something like that? So, what I would suggest is start to do a monthly, or maybe BI, month.

It doesn't have quite as frequently by monthly or quarterly update to your investors, get them activated, get them helping you out.

And this also has the function of keeping you in top of their mind so that when you go, are you ready to go raise money?

The later for your next round, they've been watching your progress, and they're gonna be more eager to either write another check to you, or introduce you to other investors. So really powerful technique. So does that make sense?

That does make a lot of sense and that's the mistake that a lot of founders do, they just, you know, once they race once they finish their first round, like, okay, yeah, we're done with these investors. We're good to go. They just forget about them and it's not the nicest thing to do.

So, don't do that mistake and that's great advice from Nathan. We'll wrap it up here at this points. Our six educational episode. Hope this one was helpful and thanks a lot Nathan for speed on this one.

My pleasure. It's been really fun. Do the do the work? Let me know if you have any questions, I'm happy to talk about fundraising or talking about founder. Sweet. If we can be helpful, but really enjoyed being on the show.

Happy to share that. I'll definitely include the link to founder suit.

Hopefully you will check it out.